A screening of “A Stop at Willoughby” at the Last Stop Willoughby Festival.

Clarence Larkin’s commentary on THE BOOK OF REVELATION is written LIKE THIS, crafted with occasional capitalizations to emphasize IMAGES and TERMS. Reading it doesn’t feel like being shouted at but rather kind and intimate, as though he’s DIRECTING our attention in the same way a CHILD is directed to look at CARDINALS and CATERPILLARS during NATURE WALKS. Larkin directs the reader to symbols like THE SEVEN SEALS, a kingdom made of STONE, and the NEW HEAVEN and NEW EARTH. As a writing style, its effect is in guiding the EYE to see ONE THING over another. Eventually we’re pointed to this: a vision of the New City. There shall be NO NIGHT there: they need no candle, neither light of the Sun; for the Lord God giveth them LIGHT; and THEY SHALL REIGN FOR EVER and EVER.

I grew up in Willoughby, Ohio, the supposed subject of the Twilight Zone episode “A Stop at Willoughby” (1960), in which a man falls asleep during his daily commute and DREAMS of a train station for a UTOPIAN TOWN. The opening narration begins: “This is Gart Williams, age thirty-eight, a man protected by a suit of armor, all held together by one bolt. Just a moment ago, someone removed the bolt, and Mr. Williams’s protection fell away and left him a naked target.” A naked target, the episode suggests, for virulent daydreaming. It’s a cold winter, and Gart is an advertising executive so beleaguered by both wife and boss that his only respite is the commute he spends dreaming of a better place. As his life spirals horrific—his wife thinks he’s a coward, he fails at his job—Willoughby from the window idyllic waxes: parasols, pushcarts, summertime in 1888. It is a backward-looking fantasy, one he indulges in daily while sleeping. 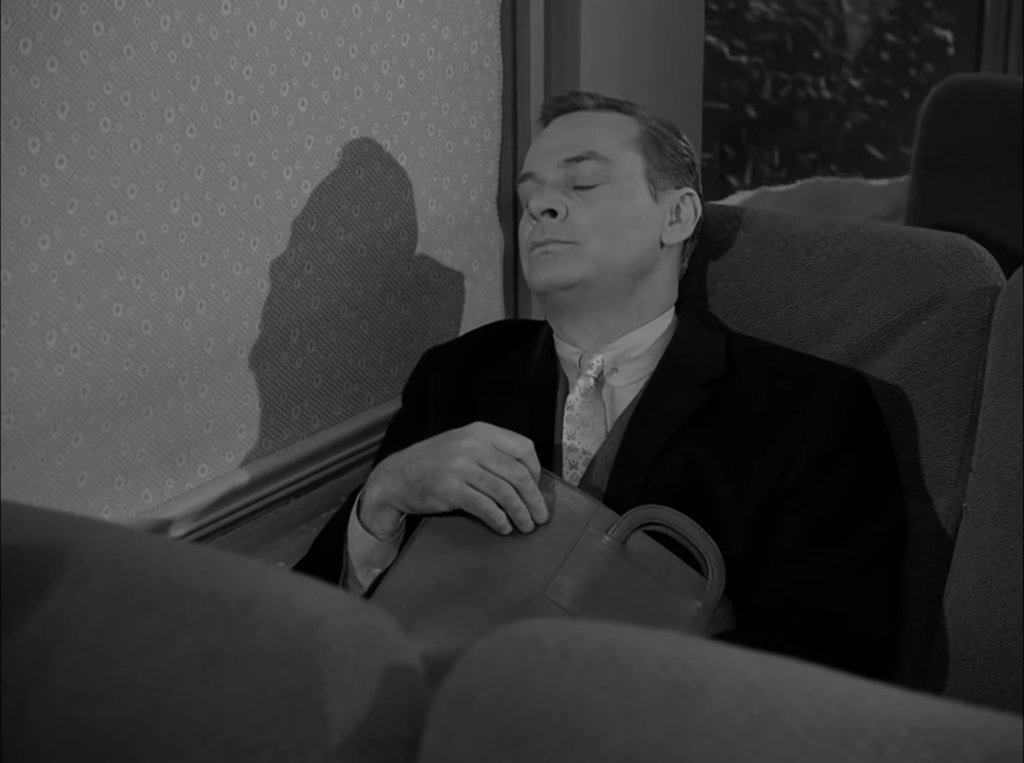 Until, after a particularly bad day at work, he decides to get off at the dream-stop, and dies. That’s all.

Once a year, this episode plays on loop in my hometown’s public library for the Last Stop Willoughby Festival, when the center square fills up with ice cream and pretzels, and residents ride a trolley through town to reenact Gart’s window-gazing commute. It’s a community ritual that occurs at summer’s end, when the wind sweeps over the Lake Erie shores and the grayness settles down more permanently into daily weather. How else to approach the dying year than to together board a trolley and imagine encountering an utopic version of one’s hometown? A utopia, says Foucault, is like a mirror. It is “a place without a place…I am there, there where I am not.” A town with no blemish, basked in sun.

From ages seven to eighteen, I lived in a fixer-upper initially intended to be flipped, with parents whose former home had been five thousand miles away. The floor was scattered with nails and misplaced tools, drywall dust. As a girl, I killed time in the wide aisles of Home Depot—sweet-smelling lumber and drawers filled with small multiples (doorknobs and metal letters)—and at home I’d flip through a notebook on the kitchen table filled with diagrams, calculations, and budgets of the simplest way to patch things together. I PRETENDED that I lived in a house made of showrooms—one with a false front like the ones in Old West towns, instead of our decayed siding and crumbled roof. During the Last Stop Willoughby Festival, I’ve walked through the center square and felt a strange, bright sense of lightness as I passed the gazebo I’d daily, imagining it in its perfect form, power-washed and laced with clematis. My childhood was glossed with the desire to repair the broken steps to the front porch and to lift people’s spirits, yet I didn’t know how. My Willoughby was filled with nicks and chipped paint, crosswalk feuds and car accidents. I desired something better because something better is possible; even when I risk snagging on the train station that doesn’t exist.

The Book of Revelation mentions both a new heaven and a new earth. In the Lord’s Prayer, one prays for God’s will to be done “on earth as it is in heaven.” But Gart’s utopia ends in death, because he abandons himself to the dreamworld to the same degree he abandons the possibility of his life. In the Twilight ZoneWilloughby appears perfect because it is other than reality. A Potemkin village obfuscates its own tragedy, while the life-giving daydream interfaces with one’s real life, with love, and inspires one to act.

To some, great hope comes in the possibility of restoration: that there is an unseen, future world, which is like our world but different—a world where there are still lions and lambs but the lions will lay with the lambs. Imagine if Gart woke up from his dream and felt a courage to make his town and life more like it, so that his neighbors, too, would get unexpected glimpses of Willoughby. 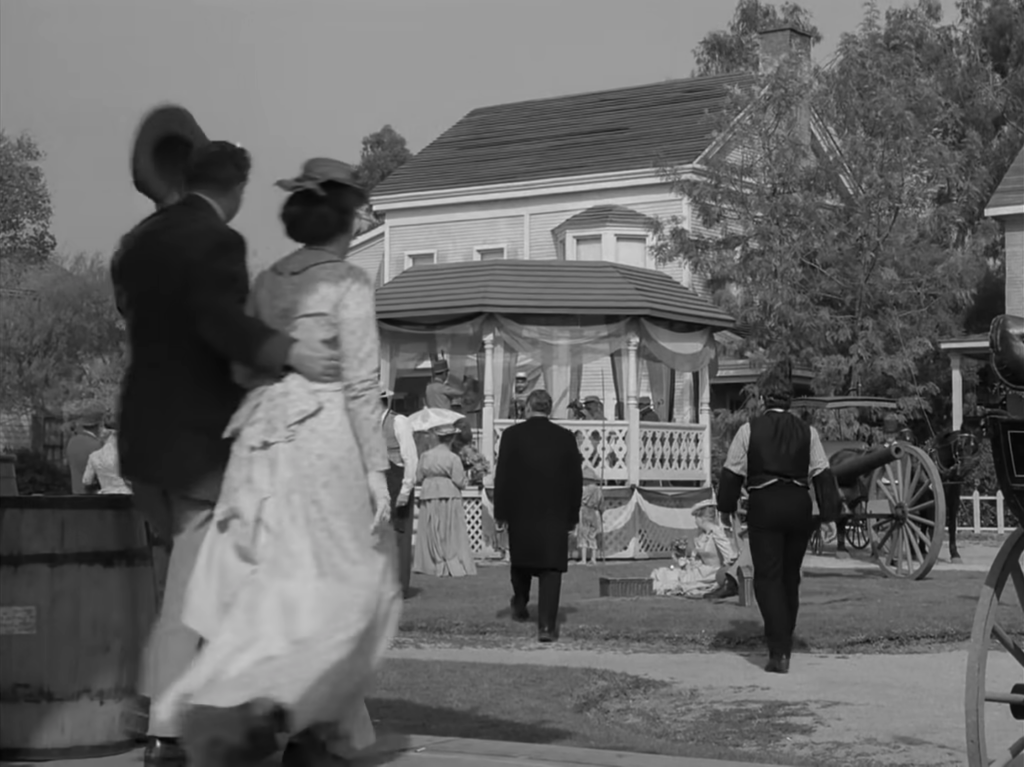 I visit my parents this summer and attend the festival again. The trolley, now gone, had been sold, a woman tells me, “to Florida.” A man wanders the street with a blue macaw that calls out “Bye, bye, bye.” We watch the Twilight Zone episode and hear Gart’s Mad Men-esque boss shouting that in order to succeed one must “Push, push, push.” Gart rides the Metro-North, the train I find myself taking often from my current home in New Haven to New York. I’m sure I’ve thought of Willoughby as Gart had dreamt it, as an escape, while taking this train. Willoughby is my nostalgic center; it possesses the gloss of PERFECTION that comes with the PASSAGE OF TIME. Rod Serling’s voice returns to close out the episode: “Willoughby? Maybe it’s wishful thinking nestled in a hidden part of a man’s mind, or maybe it’s the last stop in the vast design of things—or perhaps, for a man like Mr. Gart Williams, who climbed on a world that went by too fast, it’s a place around the bend where he could jump off.”

With that, the lights in the library meeting room turn on, and we shuffle back out into the town square. The festival feels like a fragmented farmers market, with booths for cat adoption and bread. Disunity flashes. People grumble about the various tables for local churches, and children argue over chalk drawings. A woman in a petticoat and a corset crosses an intersection, and the sun, for a moment, glints against City Hall.

To be a true witness to perfection requires HUMILITY. In CS Lewis’s Screwtape Letters, hell is described as the “ruthless, sleepless, unsmiling concentration on the self.” Heaven, we can only assume, is true delight for the other. When I return home to visit, I tend my mother’s garden, and tidy the mess on the tables. I view heaven from the platform, through a sidelong glance, with the seeing eye that one has with faith. 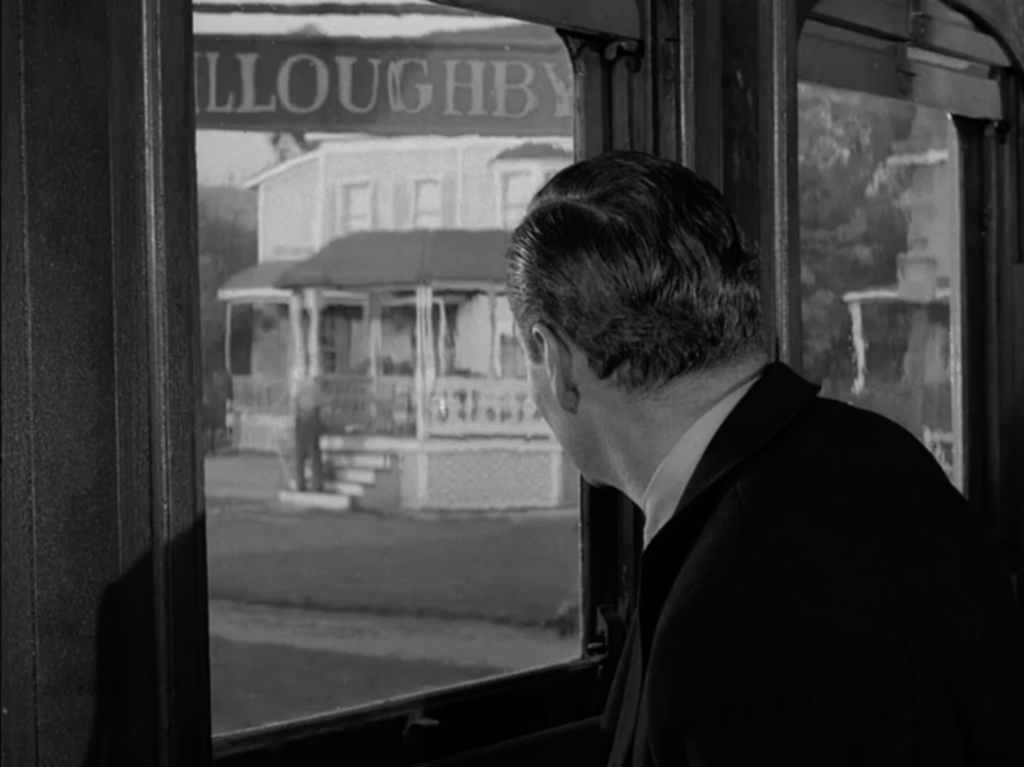 Nicolette Polek is the author of Imaginary Museums and a forthcoming novel, Bitter Water Operato be published by Graywolf in 2024.